In the last months of 2018, every weekend tens of thousands of people demonstrated on the streets in France. The main reason of the demonstrations was the rising petrol prices and its environmental tax that the government wanted to raise according to the 2014 law. The French example shows that in many cases the measures against the climate change can provoke a very deep resistance from a major part of the society; meanwhile the global climate change became a bigger and bigger danger for humanity. In the first part of my publication, I will shortly examine how the climate change became an important issue globally in the last 20 years; and how environmental pollution and the related climate change have become an important research subject in the economy and the answers the scholars gave for these challenges. In the second part I will show the toolkit the fiscal policy disposes to mitigate the climate change, and finally I will examine why and how the monetary policy and the financial system must be involved in the fight against climate change. 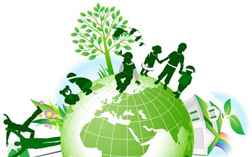 In recent decades demand for and the supply of sustainable tourism related to national parks have increased. Environment-friendly tourism plays an increasingly significant role in the travel habits of the Hungarian population. Hungary has a lot to offer in eco-tourism. Its nature tourism destinations include national parks, on the one hand, and geographical regions, nature parks and geoparks maintained by voluntary civil society organisations. In order to meet the needs of green tourists, centres and nature trails are created and guided tours are organised. Eco-tourism plays an important role in Hungarian tourism and based on the revenues, expenditures and visitor turnovers in natural parks, its importance is increasing in all areas. Support programmes represent vital financial resources in the development of tourism. Several forms of support are available in Hungary to contribute to improvement in different areas. This is a study of the importance, classification and accounting of tourism development grants. 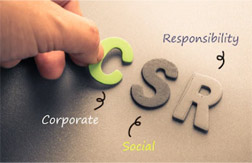 The conceptual framework of CSAs in Hungary is evolving in line with the international standards; however, there is a certain delay in conceptualising these actions into a strategic framework in private sector organisations. There seems to be a distinction between for-profit and non-profit stakeholders; the former are characterised by corporate social responsibility initiatives, whilst the latter rely on the sustainability of these initiatives. The author is aware of the fact that these phenomena are likely due to the country being an emerging economy in Europe, and argues that, in a broader context, social actions, if remaining segregated, are insufficient to solve civil society problems. With consideration to social needs (poverty and social inclusion), the arguments for the appropriate targeting and sustainability of CSAs are emphatic, and a shift towards a more strategic concept of social investment is essential. In this perspective, the author argues for the significance of knowledge transfer (i.e. from consultancy partners to civil organisations, or between for-profit organisations) in encouraging networking and increasing the forms of employee community engagement. At the end of the paper, the placing of a project (sign-language distant service to help disa-bled/deaf persons) into a sustainable and financially sound framework is described.

Ever since the dawn of history, humans have always needed energy, used it in a gradually growing number of fields and found new forms to meet their ever increasing demand. It is no exaggeration to claim that in the absence of energy, the very means of subsistence would cease to exist for today’s urbanised society. Nothing would function without electricity: neither the control systems run by IT tools, nor the core and auxiliary equipment of the fundamental supply and care systems. In the absence of electricity, water and natural gas supply would stop, ventilation systems would become inoperable, transport and traffic would shut down, and in the absence of illumination, everything would go dark, buildings would not be heated and cooled, both industrial and agricultural production would stop, the supply of drinking water and food would become unfeasible, communication and security systems would become inoperable, and law enforcement could not attend to their duties either. In other words, the absence of energy would lead to an economic and social disaster. After a description of climate change, the article gives a glimpse of the energy policy of the European Union, and outlines the main pillars of Hungary’s new energy strategy.

Since the spread of mobile Internet, knowledge is being restructured in our minds, because we have access to the entire knowledge of the world. During the last decade, the values that define learned people seem to be changing rapidly. Classical knowledge regarding national historical, geographical and cultural values seems to vanish from the mind of the young generation (the Z one, born after 1996) and new values belonging to the online environment are gradually replacing them. The results of this change can easily be experienced in higher education, where students seem to have forgotten nearly everything they have learnt in primary and secondary school about their national heritage. This article tries to shed light on the consequences of this ongoing process, and explains the importance of national identity in shaping creativity and innovation. Also, it tries to explain the need to reshape the methodology used in primary and secondary education and to reconsider the national values in our decades of dramatically rapid change in the structure of knowledge. 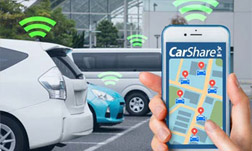 Car-sharing companies’ key argument is the heavily advertised sustainability element in their operation, which can partially be confirmed; however, this study sheds light on the importance of the connection between sustainability reports and financial statements. In order to gain more confidence and provide objective support to voluntary sustainable reports, the key question is if it possible to reconcile these statements to their financial performance and their assets and liabilities. In light of recent market changes in Hungary and the expansion of German car-sharing companies, this is an increasingly important question. Additionally, the study also addresses the significant 2019 market change in Hungary after the penetration of the car-sharing service based in Germany. The reviewed sustainability reports contain insufficient information to be reconciled to financial statements. Additionally, the aspects related to sustainability are recognised through the parent entities’ books under environmental liabilities. Each of the reviewed companies considers itself as “the most sustainable entity” in the given segment, which raises serious doubts regarding the reliability of the information. From the perspectives of the basic analysis and profitability, the German companies reported better results than the Hungarian ones; besides, in Hungary, the service providers applied different fleet-financing models and used leases or purchase transactions. The reviewed car-sharing companies seem to operate on profit rather than a sustainability basis. Although these services do contribute to a more sustainable future, without proper alignment, the real impacts cannot be validated or traced back to the relevant financial statements. The lack of transparency, as an example of climate-related consequences, could have a significant effect on the companies’ performance, and this may be vital and relevant information for investors.