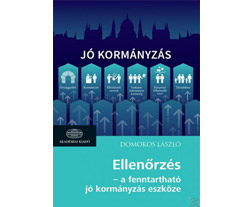 The book entitled Audit: Means of Sustainable Good Governance by László Domokos was published in December 2019 by the Akadémiai Kiadó, and it is a practical description of the role supreme audit institutions play in achieving social welfare through the establishment of the well-managed state. The book introduces many important ideas and provides guidance in a comprehensive manner. 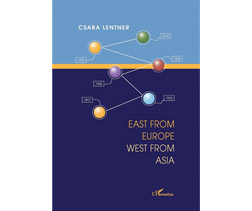 The purpose of this study is no more than to give a brief summary of the history of business organisations in public ownership in Hungary along the logic of a recently published large monography. Using the method of descriptive historical approach, facts are established as a result of a kind of syncretistic literature overview. As a basic idea, with a view to the “Sitz im Leben” approach, the evolution of public business organisations may be compared to the development of public finances, and should be managed embedded in the latter, similarly to the economy, which always functions embedded in the society. 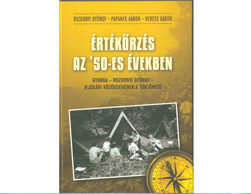 The “illegal” youth movements that evolved in District XI of Budapest in the 1950’s set the objective of preserving the values of the “old tradition” the socialists wished to change: those of the middle-class culture and heritage of Europe. Giving a glance of the activities of these communities, the hidden life of the church, hiking built on scout traditions and the state power’s reprisals, the authors’ picture and analysis of the period may be of wide interest. 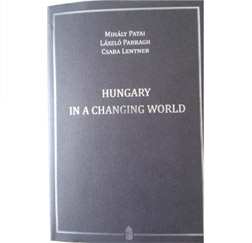 Following its 2015 release by Éghajlat Publishing, the collection of interviews with three leading Hungarian intellectuals, Mihály Patai, László Parragh and Csaba Lentner, sharing their ideas of the world and, more specifically, of Hungary’s 21st-century perspectives, was also published in English in 2019. The thinkers portrayed in the book recall their ex-periences obtained during the period of socialist economy, their personal calling, the events of the nearly three decades that followed the collapse of the soviet bloc, including transition to a market economy, and of the last nearly one decade since the 2007–2008 crisis, especially the new Hungarian economic and social policy model in the making since the 2010 change of government. The book was published by Éghajlat, with support from the National Bank of Hungary, and includes a foreword by Academician László Palkovics, Minister for Innovation and Technology, edited by Lajos Péter Kovács and Klára Lengyel and proofread in English by the late Dr Roger G. Roe, who has, unfortunately, deceased since then.

The study analyses the centuries-old process of the codification of private law (civil law) in Hungary. The author believes that the Roman law tradition in Hungary survived at both a legislative and a theoretical level. Romanist (mainly German Pandectist) influence can be observed in various draft civil codes of the country. The first Hungarian Civil Code, promulgated in 1959 and put into effect in 1960, was a socialist-style civil code. The procedure of harmonisation with the law in Europe influenced the new (second) Hungarian Civil Code promulgated in 2013. 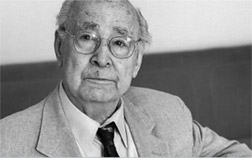 Thomas Molnar, a Hungarian Catholic emigé, was a well known fugure in the American conservative movement. In spite of the warm welcome of his works criticizing leftism, he stayed at the margin of this movement. Molnar never accepted the fusionism, he was critical concerning free market, and he openly refused many presuppositions of the Anglo-Saxon liberal democracy. He transported elements of the French Catholic conservative thinking into the US like the attraction to monarchical authority and hierarchy. For him the idea of time-tested tradition was hardly important, when he used the notion of tradition he referd to its perennialist meaning. The paper argues that his criticism of (political) modernity was form by the Pascendi dominici gregis.

The term ‘groupthink’, coined by Irving L. Janis in 1972 is a phenomenon that is one of the worst factors distorting decisions. Groupthink evolves under peculiar antecedent conditions (or pre-requisites) and shows specific symptoms when in action. In this article, these conditions and symptoms are reviewed, examples are given from global history to demonstrate its adverse impacts and the management of the phenomenon is illustrated by positive examples. Then an attempt is made at proving that the rise and fall of foreign currency lending, perhaps the largest economic disaster in post-communist Hungary, can be traced back to the phenomenon called groupthink. 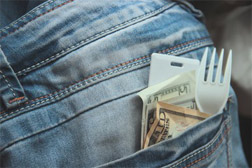 This article analyses the most important aspect of learning housekeeping and of eating habits, the basis of individual experience, young people’s independent income in 3 regions populated by Hungarians: Budapest, the neighbourhood of Tatabánya and Slovakia. The study reveals that in all three geographical regions, the allowance giving habits of parents are less supportive in developing children’s ability to learn basic economy, and at the same time hinder the evolution of health-conscious eating habits, too.

The 2007–2008 global financial crisis exposed the problems arising from systemic risk management on a micro- and a macro-economic level. This period was particularly challenging for the entire economic system of individual countries, including all the participants of economy. Post-crisis changes require appropriate awareness and financial determination and an adequate level of financial literacy of market operators. When it comes to financial literacy, innovation should be mentioned, since the parallel development of these two factors has a favourable impact on economic stability and on the competitiveness of a country. Overall, the level of financial literacy and the capacity for innovation have an influence on the stability, growth potential and competitiveness of enterprises and of the entire national economy. Therefore, improving financial literacy is in priority national interest, and as such, it must be at the centre of attention at all times.