In 2019, now more than a decade after the global economic crisis of 2008–2009, it is appropriate to look back on the events of the period, which was one with a major bearing on economic history. The complex challenges emerging in the aftermath of the global economic crisis and the answers given to them remain fundamental determinants of our daily lives to this day. Moreover, as on a number of occasions in the course of history, the economic crisis also challenged the dominant trends in connection with the development of economics as a science. The very first and perhaps the most important reference point in the debates was the way in which to manage the crisis. 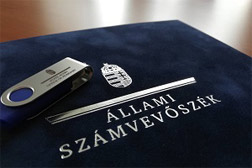 The State Audit Office of Hungary (SAO) conducts audit of more than 800 organization, (which can be public institution, municipalities, state and/or municipality owned enterprises, foundations and non-state service providers) on the efficiency, effectiveness and the regulation of the usage of public funds in accordance with good governance. In addition, SAO has an important role for analyzing and assessing the budgetary risk and shortcomings, with this action it also supports the stability of Hungary. The SAO not only supports good governance by conducting audit and providing “guide”, but also leading by example and functioning as a role model for institutions using public funds. 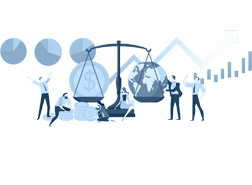 Starting from the macro processes of the national economy and public finances the article examines three economic-public finance turnarounds in Hungary: the improvement of financial stability, the sustainability of the outstanding economic growth and the improvement of efficiency to be achieved and in all of this the role of rule-based budgeting. It shall introduce the regulatory and institutional solutions of the latter i.e. how this service, as a logical consequence of a framework, became a useful part of the financial policy by implementing its rules and – as an annual realisation of the above – a useful part of the budgeting practice. The article reaches the conclusion that it was unavoidable to “elevate” the major stipulations of the rule-based budgeting and the rules of the guarantee-like operation of the institution guarding over the implementation of these rules in the Fundamental Law of Hungary in 2011 to thus strengthen budgetary responsibility. Additionally, the article is dealing with the relations of the Hungarian and EU regulations, the main characteristic features of the work of the Fiscal Council, the FC’s recommendations made during the past nine years and the effects of the said recommendations.

Financial supervision, including banking supervision, has evolved over the last hundred years in terms of both its institutional system and its methodology and approach. The biggest impact on development was caused by various economic crises and scandals at certain financial institutions. In order to be able to mitigate the impact of financial crises on the banking system and to detect and deal with banks’ problems in a timely manner, financial institutions must be subject to continuous supervision. The most recent era in Hungarian banking supervision began on 1 October 2013, when the Magyar Nemzeti Bank took over the role of the Hungarian Financial Supervisory Authority, thereby integrating micro-prudential supervision into the Hungarian central bank. Renewal can be identified throughout the set of instruments for Hungarian supervision, including continuous supervision and investigation methodologies. The entire set of instruments is characterised by a change of approaches, i.e. the reactive, “retrospective risk management” approach has been replaced by a proactive approach. As technology develops, it has become possible for the Supervisory Authority to use solutions that enable it to be present in the life of an institution without interfering with its business. In addition, the spread of digital channels has dramatically changed the financial habits of people and institutions. Information technology is becoming indispensable in more and more areas of life. Managing and monitoring the inherent risks is a major challenge that requires innovative solutions. The only constant is change. This paper presents a detailed overview of the latest supervisory developments and regulations.

The two-tier banking system was (newly) born in Hungary in 1987. The advent of political changes arrived when the over-indebted country had been left without reserves, and nearly went bankrupt. From such a difficult position a functioning banking system had to be built up after the first free elections held in 1990. During the second term, between 1994 and 1998, most of the Hungarian banks were privatised (after consolidation of the individual banks during the first government with the help of government bonds.) In the third cycle there appeared to be too many banks in the country, and most of them were below the optimum. In the period between 2002 and 2010, banks flourished and created a credit boom based on foreign currency. Following the international financial crisis this led to great troubles. The forint was devaluated against the Swiss franc, and numerous clients became insolvent and lost their homes. The government elected in 2010 made efforts at resolving the situation to help citizens by programmes including several steps. Banks were required to take part in this effort by paying special taxes and for a time this cut back on their profitability. The last three governments since 2010 modified the deconcentrated banking structure and repurchased some of the previously privatised banks. In 2013 the government set the goal of increasing the share of Hungarian-owned banks to above 50%, which was achieved in 2019. The profitability of banks has recovered, and their capital position is now strong. The National Bank of Hungary fulfils the supervisory function. Through its monetary policy, unorthodox measures and credit programmes, it helps the smooth functioning of the sector and thus the financing of Hungarian SME’s. 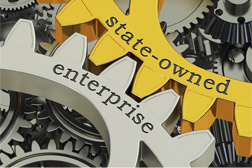 Business associations in government ownership attend to significant public duties. Their activities, the quality, efficiency and fruitfulness of their business management have a considerable impact on the quality of life, security, health and welfare of the population using their services and contribute to the responsible management of public funds. In other words, the reasonable, compliant and effective operation of businesses operating in public interest is one of the most important social objectives. The State Audit Office’s contribution includes its audits, analyses, studies, consultancy to management systems, performed on the basis of the Hungarian National Assembly’s authorisation given in a resolution, and its support to training executives in the field of public finances. The article presents their valuegenerating utilisation.

The Hungarian economy has been bearing the mark of disadvantage in development due to a late state organisation (at the end of the 10th century) and late rise of the middle classes (second half of the 19th century). The process was made really “vibrant” after the relatively rapid spread of market relations that followed the termination of the feudal production method and social order in the middle of the 19th century, the losses of World Wars I and II and then the nationalisations corresponding to the spirit of the age in Eastern Europe. Between 1947 and the 1980’s, state ownership predominated, and then after four decades, the entire system was nearly completely knocked down: this meant the privatisation of collectively owned assets, including radical changes in companies’ ownership and management positions. After laying the foundations of the new public finance regime adopted in 2010, the government’s regulatory, control and business management achieved its full potential. However, the “time travel” made in this study and overarching more than one and a half centuries also sheds light on the fact that capitalism was built and rebuilt, and to an even greater extent, private ownership was torn down with the state’s active participation, and moreover, with its inevitable intervention, which is another unique feature of Central and Eastern Europe, and more specifically Hungary. This study discusses the successive relays (periods) in the mentioned one and a half centuries, with special focus on the procedures that took place in direct state (proprietary) and indirect regulation, in order to provide a scholarly background to the state’s current involvement, particularly the prioritisation of companies in community ownership. Consequently, this lends relevance to outlining the 19th-century building of capitalism, market socialism and the 21st-century proactive, state-managed economic policy in Hungary, and especially to discussing the logic of the operation of companies that can be considered as the fundamental aggregates of production and to tackle the economic policy governing corporate management.

Management of government debt in Hungary is a particularly important task, as the country has a relatively high level of debt above 70 per cent of GDP, despite its declining trend in recent years. The same indicator is lower in the other Visegrád countries, in Czechia, Poland and Slovakia, it is between 32 and 49 per cent. Since 2010, the Hungarian Government Debt Management Agency has also placed considerable emphasis on making public debt financing more secure and has achieved significant results. In terms of managing public debt, three types of risk factors are distinguished and are called ‘original sins’ in the economic literature. The first one is indebtedness in foreign currency, the second one is short-term indebtedness, and the third one is indebtedness to foreigner investors. This study examines the effects of these three risk factors from a theoretical point of view. The evaluation of these risk aspects between 2010 and 2018 in Hungary is also presented in comparison to Czechia, Poland and Slovakia. The results obtained suggest that at present Hungary and Slovakia are in a better position than directly after the crisis in two parameters, and Czechia has improved in one, while Poland has increased its risk exposure in all the three criteria.

To boost economy, it is essential to enhance the research and development performance of secondary and tertiary educational institutions, which can contribute to increased performance in the whole profit and non-profit sphere. This can in turn help improve national economic performance (GDP). In our view, it is also worth examining education and competitiveness at the regional level. With a view to achieving strategic objectives aimed at boosting Hungarian economic performance, special attention must be paid to improving research and development regionally in the future. Competitiveness of the national economy can be viewed as the synthesis of regional competitiveness. There is a need for the reinvention of the whole structure, as well as the structural, methodological and financing background of vocational training, the adaptation of international best practices, not only for the sake of convergence in underdeveloped areas and regions lagging behind, but also for improving the competitiveness of the national economy. Looking at Hungary’s innovation system, it can be concluded that based on the indicators used by the WEF the country is behind the EU average. Corporate innovation capacity is poor; the majority of businesses still base their production on cheap labour and cannot or will not innovate. However, in order to become a knowledge-based society in the future, Hungary needs increased investment (financial investment and a paradigm shift) in the areas of education and innovation.